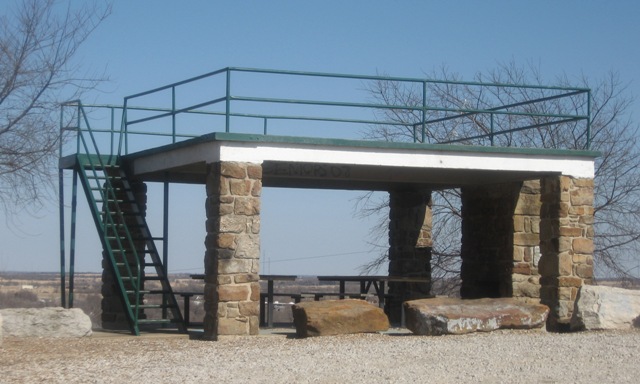 Located on the top of the south mound, near the southern city limits, South Mound Park can be reached by driving south on 5th Street or on 7th Street There are picnic tables, a small playground, and an observation tower, which provides a spectacular view of the countryside for miles around Fredonia. The stones on the observation deck were once part of a nearby private school owned by the LaDow family who donated the land to the city for a park many years ago. A large 40 X 60 foot flag is the centerpiece of the park and can be seen from 400 hwy. South Mound also houses a light display, showing a rotating lighted cross every night during Lent, and a rotating lighted star every night during Advent. The park is currently maintained by the Fredonia Lion's Club.